PLAY THE GAME, MAKE IT YOURS!

For all winners of singles
at the Final Tournament 2022:

One week of a Tennis camp for the winners of the categories singles 2006 - 2009 provided by European Tennis Base in Salzburg, Austria

Prize from Good to Great Academy in Sweden for the players U13 (2009):
For Winners: 1 week of free practice
For Runner ups: 50% discount for 1 week of practice

Almost 150 players from 7 21 countries including Australia, Nigeria, Indonesia and many European countries met from 4.-11.9.2022 at the Final Tournament at the Umag Tennis Academy in Croatia.


Finals 2021: For the first time, Team Trophy goes to Hungary

Players from 21 countries competed in the world finals in Umag. Main attraction of the tournament is the Team Trophy, that goes to the best team with six best single results in the tournament. Sixth edition of Champions Bowl was mastered by the Hungarian team and it was well deserved because Hungary brought really the best they had to Umag.

This years' Champions Bowl finals tournament set the new record. For the first time,players from 30 countries arrived and competed in the finals week in Umag.

Almost 220 players from 27 countries including Australia, Nigeria, United States, Mexico and many European countries met in the Final Tournament at the Umag Tennis Academy in Croatia.


The World Tennis Tournament Circuit
for 9 to 16 Year olds!

You are a tennis player. Have your own dreams and the goals. You are working hard every day and spend hours and hours practicing on or off the court. Yeah, but that's what thousands of people like you all around the world are doing. Want to become special?

A real champion must have dedication, ambition and personality. That is what we are looking for. Winning the CHAMPIONS BOWL could be your new motivation and a stepping stone to your professional tennis career. Become the new Novak, Rafael, Roger or Serena. We are here to find new Champions!

See the young talent from Israel! 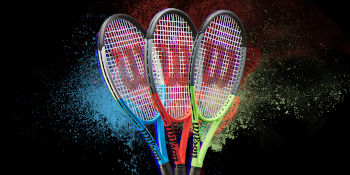 Get your special discount on a wide range of Wilson Products HERE!

Good to Great Academy in Sweden

European Tennis Base in Salzburg, Austria

CHAMPIONS BOWL - PLAY THE GAME MAKE IT YOURS

WE FOCUS - CHAMPIONS BOWL is a worldwide tournament circuit for young players aged 9 to 16, played according to the player´s year of birth, for both boys & girls.

WE TRAVEL - We reached every continent on this Earth and would like to continue worldwide.

WE DISCOVER - We are looking for new young talented youngsters in tennis and give them the motivation to become the future stars.

WE SUPPORT - The winners of the national circuit head to the World Finals where they compete for the CHAMPIONS BOWL and many other valuable prizes.

WE MEET - Not only the coaches make contacts from all around the world, but also young tennis players form new friendships and get to know future challengers.

ABOUT US - CHAMPIONS BOWL was established in 2014 by Andrej Drinka and Boris Monsberger, who both have a wealth of experience from organizing ETA, ITF and OUATT (worldwide) tournaments. CHAMPIONS BOWL is on its way to becoming the largest tennis tournament for young people, with its professional organizational structure and excellent quality.

WHO ARE WE - We are passionate organizers, coaches and club managers.

Join our growing tennis community and contact us with any enquiries.